Susan* is 59 years old and was adopted as a baby. She asked us to act on her behalf, and help her trace her birth family. Her story is an amazing one.

*All names have been changed

I’ve known I was adopted since I was a child. My parents started by regularly telling me a ‘story’, but I quickly realised this ‘story’ was about me. They’ve always been very open with me, and this has helped me as I’ve grown up. I was never made to feel any different because I was adopted.

I’ve never tried to find my birth family before now. I’ve acquired forms for applying to trace my records before, but I’d just filed them away – I simply wasn’t ready. I suppose I was scared of being rejected by my birth mother, and was probably trying to protect myself. One of my daughters was also worried about the distress and upset my adoptive family might suffer. That had always been my fear too. I was also worried about the impact revealing such a secret might have on my birth family.

So, why now? For starters, I recently got a new iPad to replace my creaky old computer, which made online access much easier! The presence of evocative television shows like Long Lost Family was also hard to ignore. In those programmes, I always felt particularly affected by the birth mother, and it made me wonder if I might be able to put an elderly woman’s mind at rest after years of worry.

I made contact with SFCS and was put through to Kate, a Consultant Social Worker at the Society. Kate and I spoke in detail about the implications of my search – the affect it might have on me, my family, my birth family and any half-siblings I may have. I also had to consider how I would feel if it all came to nothing. What if my birth mother had already passed away, or didn’t want to see me?

After much soul-searching and further conversations with Kate, I decided to proceed. Kate was able to trace my birth records, my adoption records, and additional information about my parents’ circumstances at the time. She also discovered that my mother was still alive and was able to find out where she lived.

When I received my initial report from Kate, I was very surprised. My mother hadn’t been a teenager forced to give me away, like so many of the stories you hear about on TV. She had been 31 years old when she had me, and she married my birth father six months after I was given up for adoption. They went on to have two more children – it was a shock to discover that I didn’t have half-brothers and -sisters, but a full sister and brother.

At the time my mother fell pregnant, she and my father were unmarried. My mother was the secretary to the principal of a Bible Training College, and my father was a student there. He was also involved with missionary work. Was it the fear of scandal or being ‘cast out’ which prompted them to have me adopted?

I found out I was taken to a children’s home when I was 11 days old. I went home to live with my adoptive family when I was 2 months old.

I couldn’t resist looking my birth parents’ names up online. I was able to find out more about the work my father had done, and I also learned about books my mother had written about their work. I even managed to find a photograph of my father – I thought we had the same ears! 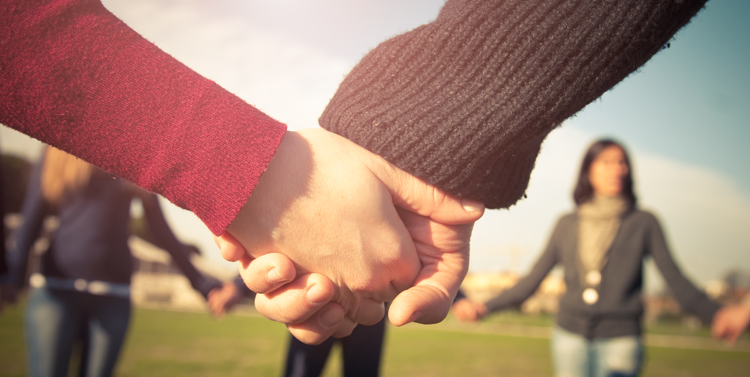 She responded to Kate just after the third letter had been sent. She had believed that the law protected her and that she had a right not to be contacted about the child she’d had adopted. Kate gently explained to her that the law has changed, and that adopted individuals now have a right to information about their adoption.

And Iris decided she wanted to ‘let sleeping dogs lie’. She had kept the secret for all of these years. Nobody else knew about the adoption, and she felt it was best to keep it that way.

This was a terrible blow, but one I had been expecting. However, a month or so later, Iris’s daughter – my sister – contacted Kate at SFCS. Iris had kept the letters Kate had sent her, and my sister had found them. She was understandably shocked, but they had talked through it all at length. They wanted to make contact.

Kate suggested I start by writing a letter to Iris. But this wasn’t delivered by Royal Mail – Kate went to her nursing home and delivered it by hand! Both of my siblings were there to meet Kate too, and both they and Iris read the letter together, with Kate to support them.

A week later, I was elated to receive a letter from my birth mother, and emails from my siblings. It was wonderful to be in touch and just one month later, we met for the first time.

We met at the church rooms near to Iris’s nursing home, so that we could have complete privacy as we got to know each other. Kate accompanied me to this first meeting, but after about 45 minutes, she could see how well things were going, and left us all to learn more about each other together. I immediately felt like I belonged. 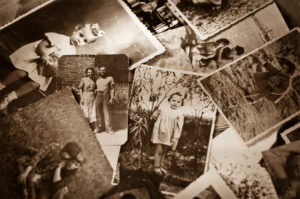 I’d prepared a book of photographs of myself and my family, so that I could show Iris her grandchildren for the first time. Great minds obviously think alike, as my brother and sister had brought family photographs too! It was wonderful to see pictures of the nieces and nephews I never knew I had.

None of us wanted the afternoon to end, so we all headed to the pub for dinner and stayed together long into the evening!

When I started this process, I didn’t think I had any questions for my birth mother, but the more time I spent with her, the more I wanted to know. There were big questions about her circumstances when I was born, but also smaller questions, such as ‘Did you think about me on my birthdays?’.

But I knew I had to be cautious. Iris had early-stage dementia when I met her, and it had all been buried away for so long. I had to accept that I may not ever get the answers I was looking for.

Very sadly, Iris passed away earlier this year at the age of 91, exactly two years to the day after we were first reunited. Her passing and subsequent funeral, sad in itself, reinforced deep emotions in me about my birth father too, as they were buried in the same grave. I never had the chance to meet him and find out his side of the story, indeed he never even saw me or held me as a baby. So I have to live with a great sadness which will resurface I’m sure from time to time and can never be changed.

Despite the sadness of losing Iris after knowing her such a short time, I am happy to say that, both from conversations with her myself and from what she said to my sister and brother, she left this world with complete peace of mind that I had a happy life and that, for me, it had been the right thing to do. That had always been what I had wanted to achieve in tracing her, and I’m so thankful that I was able to meet and spend time with Iris before it was too late.

Looking to the future

This whole process has been a roller coaster of emotions for me and definitely one that takes a great deal of inner strength and support from your loved ones to navigate through. My husband, my daughters and my adoptive mother have been with me every step of the way and I can’t thank them enough. My remarkable adoptive mother met Iris twice at her own request and was even with me and my daughters on our very last meeting before Iris passed peacefully away. I have been truly blessed with both my families. My birth family, despite the complete shock, have never shown me anything but love and acceptance. I feel so lucky.

The biggest impact on me, apart from gaining the love and company of my birth family, has been to be able to finally analyse and understand what “makes me tick”. I realise I have always been afraid of upsetting people around me in case I lose them. I have also come to terms with juggling two different sets of emotions, both valid. I can grieve for what I missed out on with my birth family whilst still celebrating the life I have had with my amazing adoptive family.

I feel like Kate has protected me through all of this. At times it’s been a difficult journey, but Kate was so calm and supportive, and displayed a huge amount of empathy. I also feel that by working with SFCS, I’ve allowed my birth family to have an emotional situation handled sensitively. It was wonderful that Kate was with them when they read my first letter, and then again at our first meeting.

I know that not all reunion stories have the happy endings you see on Long Lost Family, but I feel so lucky that mine has turned out the way it has. The process is still ongoing for me and for all of us but more than anything, we can look forward to the future and my new, wonderful extended family.

To find out more about accessing your records and tracing your birth family, please visit our Building Connections page. 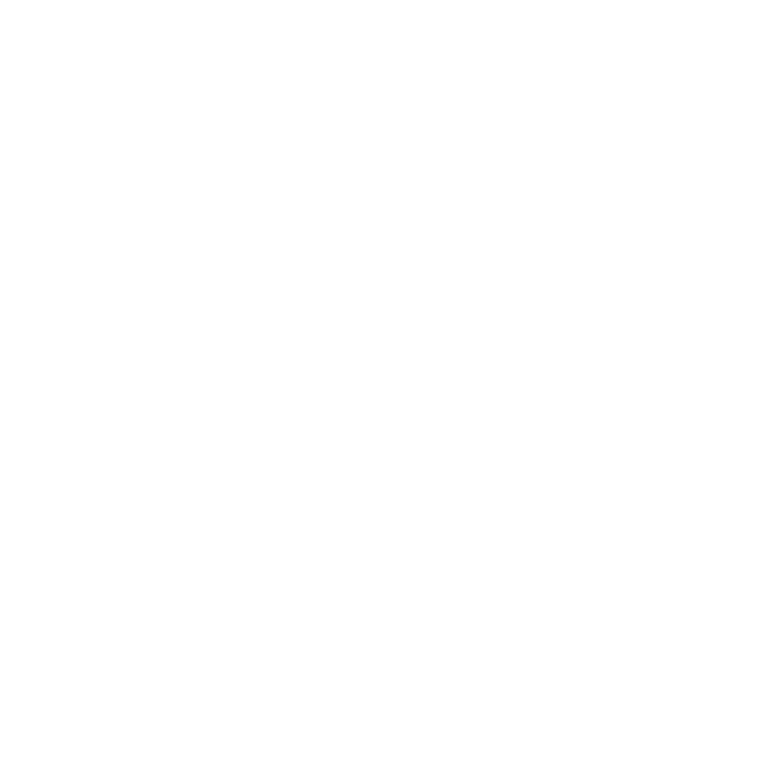 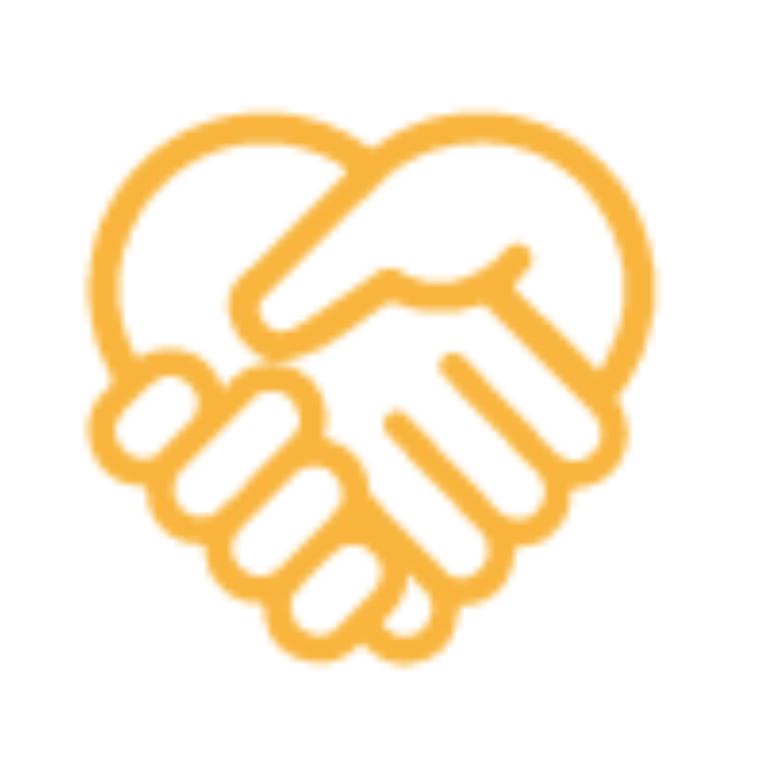 I'm an adopter and need support 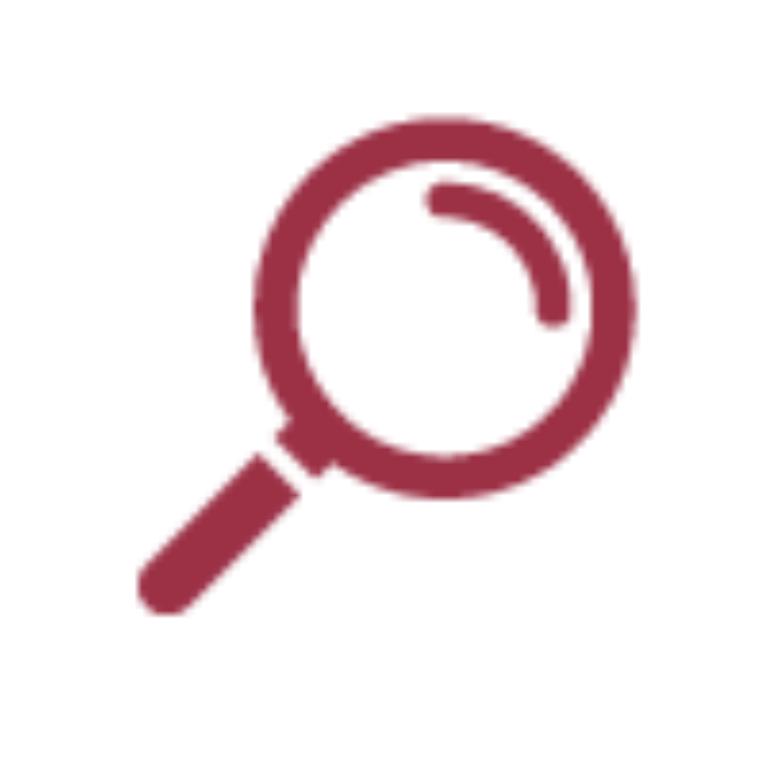 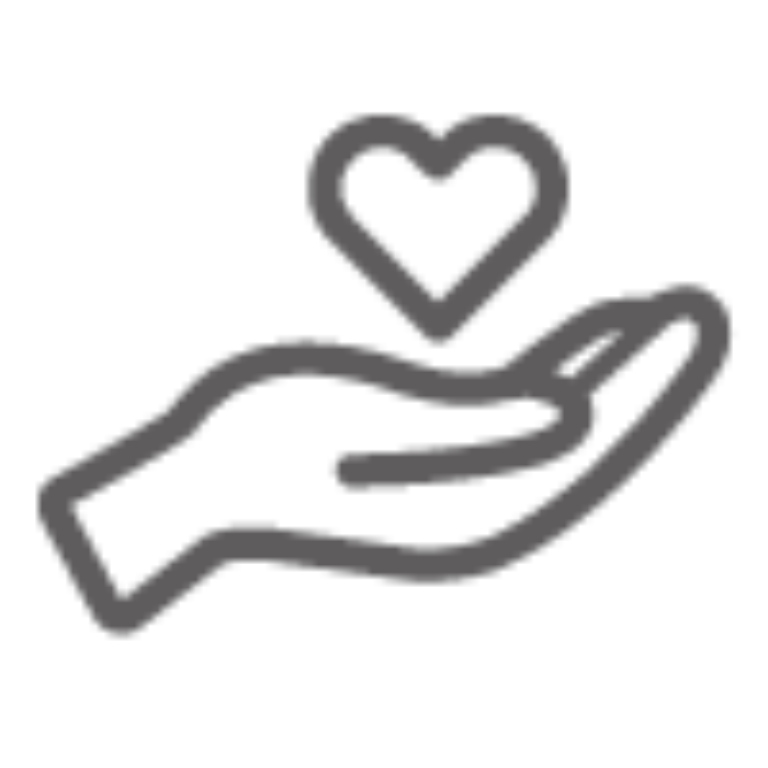 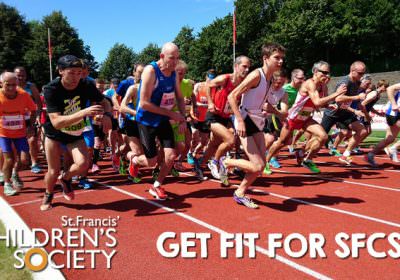 Get fit for SFCS

As we settle into 2021, many people will be making progress with their New Year’s Resolutions. On 1st January, countless people will have set fitness goals for themselves for the months ahead.  Perhaps you want to run a certain number of miles in January.  Maybe you’re planning to walk a certain number of steps every day. …
END_OF_DOCUMENT_TOKEN_TO_BE_REPLACED

Coronavirus may have changed the way we do things round here for the time being, but we are still here to receive new enquiries and help you begin your #adoption journey today. Give us a call on 01908 572700 or visit https://t.co/zCMp0CgFl2 - we'd love to talk to you. https://t.co/ypamJp4lCm
View on Twitter 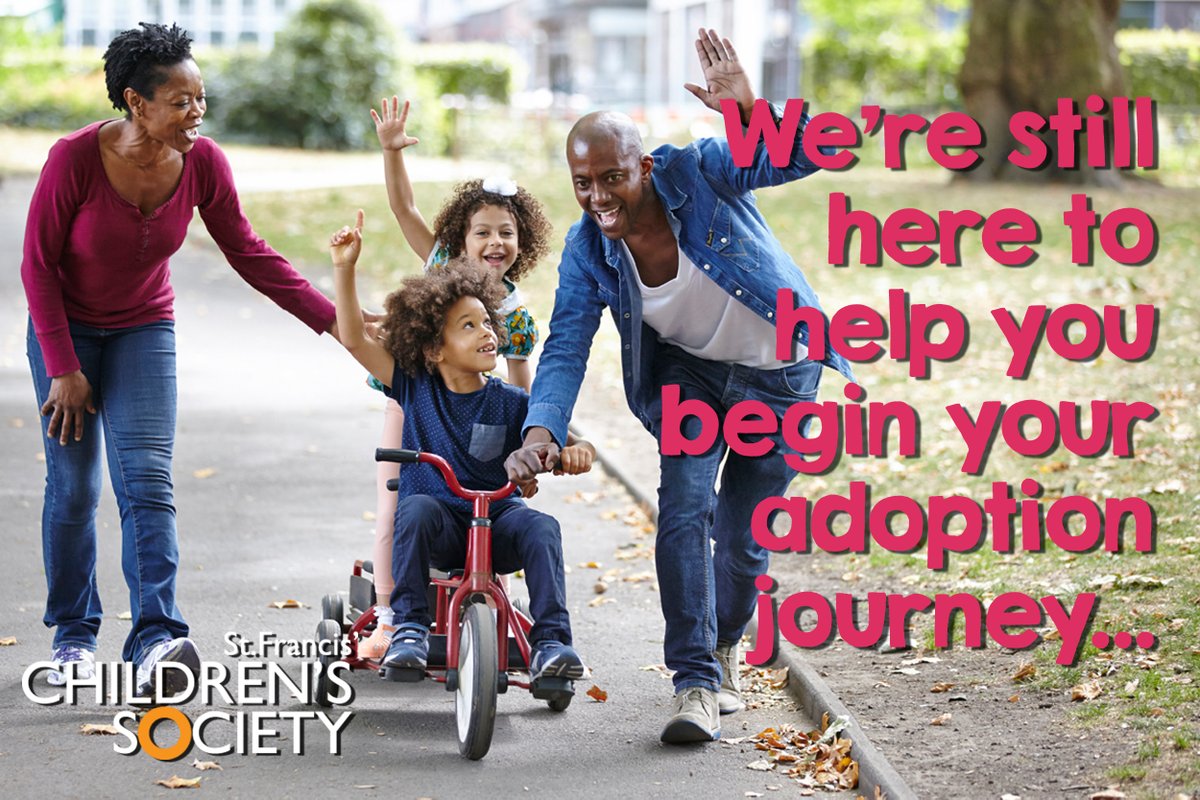 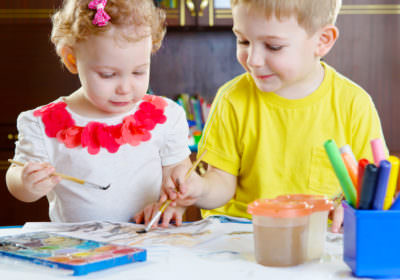 Michael and Kate* adopted siblings with St. Francis' Children's Society. We're so grateful to them for sharing their journey... * Names have been changed for reasons of confidentiality   Our adoption story began in January 2014, when we made our first phonecall to SFCS.  We were hoping to adopt two siblings; we believed that, as…
END_OF_DOCUMENT_TOKEN_TO_BE_REPLACED