St. Francis’ Children’s Society has welcomed the government’s boost for adoption, which was announced in today’s post-election budget.

A £30 million government fund has been made available to reimburse local authorities (LAs) when they place children in their care with families outside of their own authority.  At present, LAs have to pay a substantial fee when an adoptive family is found from outside their own borders, either by another LA or by a voluntary adoption agency.  They will now be able to ‘claim back’ this fee from the government fund.

In the run up to the budget, Chancellor George Osborne said: “We cannot sit by when so many children are waiting so long to find a stable, loving home, particularly when there are parents out there who want to adopt. It just isn’t good enough.

“It shouldn’t matter where those families might live. This funding will cover the fees that local authorities have to pay when families are found from other areas, and I hope will mean many more children are adopted more quickly.”

CEO of St. Francis’ Children’s Society, Alison Miller said: “We are very encouraged that the current government recognises the problems in the adoption sector. There are around 3,000 children currently in care awaiting adoption, but many of them will wait long periods of time before being placed with permanent, loving families.

“With this government funding, LAs will now be able to ‘claim back’ the fee they are charged if they place a child with a family outside of their own jurisdiction. We hope that this will be an incentive for LAs to look further afield, if necessary, to find adoptive families who can meet the needs of the children in their care.”

St. Francis’ Children’s Society is voluntary adoption agency and registered charity, with offices in Milton Keynes and Peterborough.  Through our Adoption Connections service, we seek to make a difference to vulnerable children’s lives by finding them permanent families. 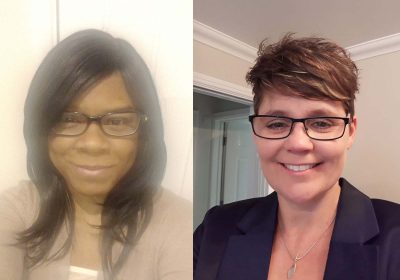 St. Francis' Children's Society (SFCS) ·
@SFCS_adoption
We've spent the week reflecting on adopting priority children and how important it is for both them and their parents.

Thank you to @Youcanadopt for hosting such an important campaign. Find out more here: https://t.co/pqRcJ36RFb

James and Will became parents with the help of SFCS, when they adopted siblings, Joel and Mikey*. To mark LGBT+ Adoption & Fostering Week, they share their story with us… *All names have been changed for reasons of confidentiality This might sound really silly, but we were watching a David Attenborough programme and he was…
END_OF_DOCUMENT_TOKEN_TO_BE_REPLACED